A patient came into our practice with diagnosis of Peyronie’s Disease. He had been diagnosed approximately 10-years prior. Conventional treatment had not helped him regain his penile shaft girth nor his penile symmetry. He suffered from severe malformation with extreme asymmetric girth reduction and penile curvature. 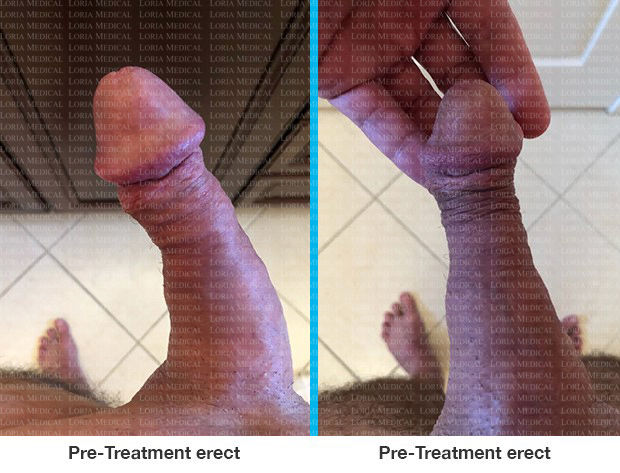 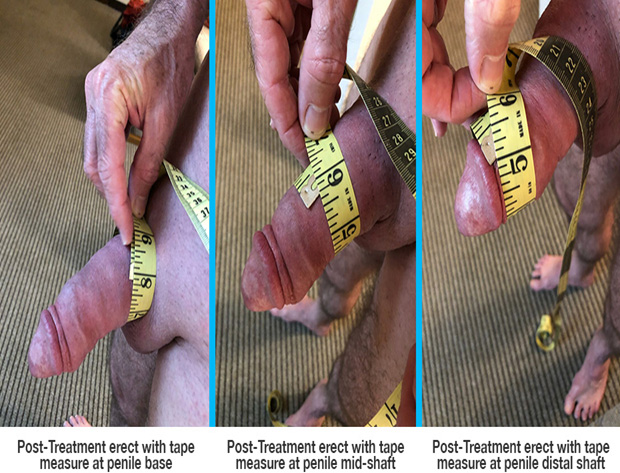 Peyronies Narrowing of the Shaft 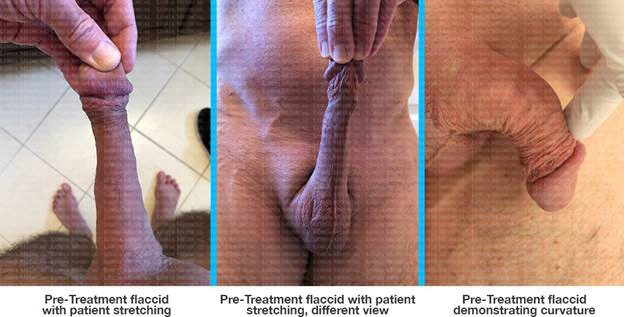 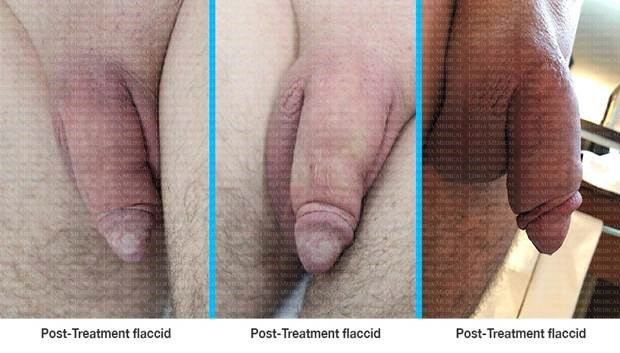 What Is Peyronie’s Disease?

This can prevent you from having sex or might make it difficult to get or maintain an erection (erectile dysfunction). For many men, Peyronie’s disease also causes stress and anxiety. Penile shortening is another common concern.

Peyronie’s disease rarely goes away on its own. In most men with Peyronie’s disease, the condition will remain as is or worsen. Early treatment soon after developing the condition may keep it from getting worse or even improve symptoms. Even if you’ve had the condition for some time, treatment may help improve bothersome symptoms, such as pain, curvature and penile shortening. (source: https://www.mayoclinic.org/diseases-conditions/peyronies-disease/symptoms-causes/syc-20353468)

Peyronie’s Disease Symptoms
Peyronie’s disease signs and symptoms might appear suddenly or develop gradually. The most common signs and symptoms include: The curvature and penile shortening associated with Peyronie’s disease might gradually worsen. At some point, however, the condition typically stabilizes after three to 12 months or so. Pain during erections usually improves within one to two years, but the scar tissue, penile shortening and curvature often remain. In some men, both the curvature and pain associated with Peyronie’s disease improve without treatment.
When to see Loria Medical?
You should schedule an appointment as soon as possible after you notice signs or symptoms of Peyronie’s disease. Early treatment gives you the best chance to improve the condition — or prevent it from getting worse. If you’ve had the condition for some time, you may wish to see the physicians at Loria Medical if the pain, curvature, length, or other deformities that bother you or your partner.
Types of Peyronies Disease
There are multiple forms of pernios disease manifesting in different ways.  The most common is a bending of the penis either when erect or in both erect and flaccid states.  This is normally caused by plaque or scar build up as seen in the figure above.  Another common. But less know manifest is in the narrowing of the penile shaft.  This disease can be very traumatic to many men as it causes the penile shaft to lose it symmetrical shape and become malformed with extreme thinning.
Peyronie’s Disease – Unnatural Curvature

Unnatural curvatures may be caused by a condition called Peyronie’s Disease. This disease causes a ‘plaque’ or scar tissue to develop in the penile shaft, causing not only a curvature, but a loss of penile shaft mass and length. It can be treated by surgical intervention (cutting directly into the scar plaque and causing a ‘release’), or by certain medications, either pills or injection therapy, which are not as effective as the surgical ‘release’ technique.

Penile Curvature or Non-Symmetric Shape
There are two types of penile curvatures, natural and unnatural. Many men have a natural penile curvatures and are most likely caused by a natural genetic variation. Curvatures that developed later in life have many causes.  Peyronies Disease is a very common disease that may be caused by scar tissue or plaque buildup.  Another cause for an unnatural curvature can result from a penile fracture. 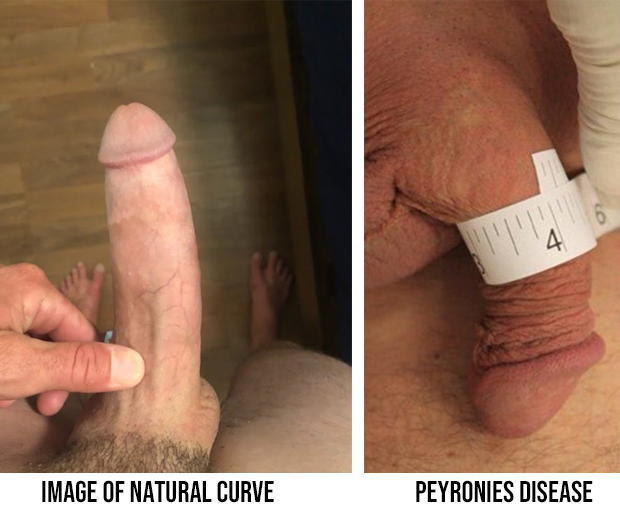 Penile Fracture and Curvature
Another cause for an unnatural curvature can result from a penile fracture. A penile fracture may occur during intercourse (especially when the woman is in the top position). A patient typically knows when this occurs because it is very painful, causes a lot of swelling, and results in a trip to the emergency room. If a penile fracture is the diagnosis, the typical treatment is supportive, such as ice, anti-inflammatory medications, and pain killers. Penile fractures may heal completely without any changes in form or function or may heal with a curvature and loss of some erectile size and function.
Natural Penile Curvature Correction
A male penis can have a natural curve to its shape.  Typically, the curve is in an upward bend, but it can just as naturally bend to in any direction, Up/Down/Left/Right.  While doing a penis enlargement procedure it is common to suggest a correction to bring the penis in a straighter position.  This not only looks cosmetically pleasing, it can even enhance the girth while making the penis thicker and more symmetrical.  The physicians at Loria Medical are able to boost the Dermal Filler Compound on the side that bends in and to bring more balance to the shaft.  Making the one side slightly thicker, will give the illusion of a straighter penis and bends up to 15 degrees are easily corrected in this fashion.
9

HOW TO GET STARTED